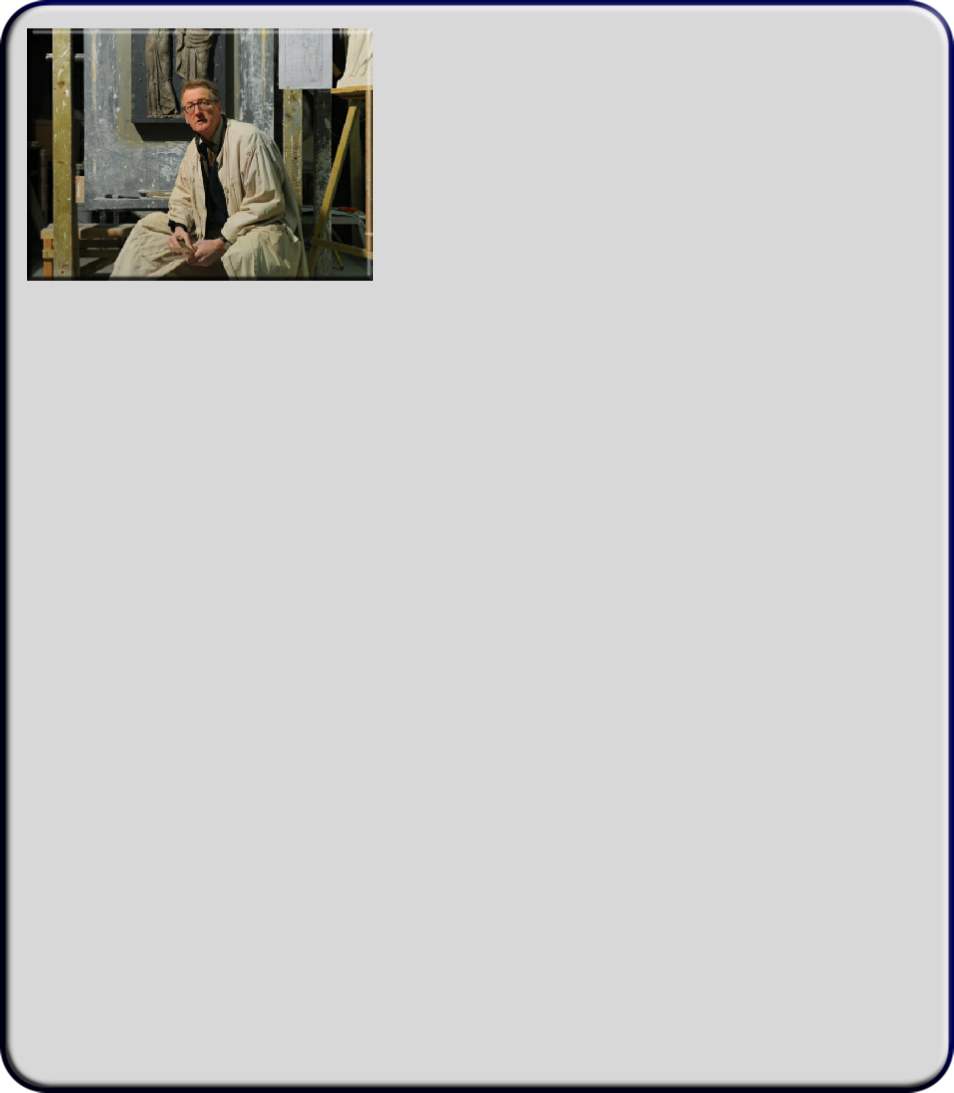 The Speaker for the Opening Dinner 9th October 2014
Mr Alexander (Sandy) Stoddart  Her Majesty's Sculptor in Ordinary in Scotland. www.alexanderstoddart.com

Alexander "Sandy" Stoddart (born in Edinburgh, 1959) is a Scottish sculptor, who, since 2008, has been Her Majesty's Sculptor in Ordinary in Scotland. He works primarily on figurative sculpture in clay within the neoclassical tradition. Stoddart is best known for his civic monuments, including 10 feet (3.0 m) bronze statues of David Hume and Adam Smith, philosophers during the Scottish Enlightenment, on the Royal Mile in Edinburgh, and others of James Clerk Maxwell and John Witherspoon. Stoddart says of his own motivation, "My great ambition is to do sculpture for Scotland", primarily through large civic monuments to figures from the country's past.

He was raised in Renfrewshire where he developed an early interest in the arts and music, and later trained in fine art at the Glasgow School of Art (1976–1980) and read the History of Art at the University of Glasgow. During this time he became increasingly critical of contemporary trends in art, such as pop art, and concentrated on creating figurine pieces in clay. Stoddart associates the lack of form in modern art with social decay; in contrast, his works include many classical allusions.

Stoddart's grandfather was an evangelical Baptist preacher, and his parents met through that church. He was born in Edinburgh, though his father, also an artist, moved the family to the village of Elderslie in Renfrewshire, where the young Stoddart immediately noticed the monument there at William Wallace's purported birthplace. Today, Stoddart lives and works in nearby Paisley. At school Stoddart became interested in music (and remains so) but decided he was not good enough to become a professional.

Stoddart went, aged seventeen, to train in fine art at the Glasgow School of Art where he studied from 1976 to 1980. There he settled on sculpture and initially worked within the modernist vogue. Stoddart has recalled an epiphany moment several times: when, after finishing a riveted metal pop-art sculpture (praised by his tutors) he found a bust of the Apollo Belvedere, "I thought my pop-riveted thing was rubbish by comparison. It's extraordinarily easy to pop-rivet two bits of metal together and extraordinarily difficult to make a figure like the Apollo, but I thought I had to try."

Stoddart wrote his undergraduate thesis on the life and work of John Mossman, an English sculptor who worked in Scotland for fifty years. His work remains an influence on Stoddart. Stoddart graduated in 1980 with a Bachelor of Arts degree, first class, though he was demoralised by his peers' ignorance of the art history: "the name Raphael meant nothing to them". He went on to read History of Art at the University of Glasgow. Afterwards, he worked for six "difficult" years in the studio of Ian Hamilton Finlay. Although Hamilton Finlay is considered one of the most important Scottish artists of the 20th century, Stoddart profoundly disagrees with his working methods: "Finlay was the godfather of a problem that's rampant everywhere today. He called the people who made his work 'collaborators'. What we call them nowadays is 'fabricators'. They're talented people who are plastically capable, but they never meet their 'artist'. They're grateful, desperate and thwarted."

He is an Honorary Professor at the University of the West of Scotland. On 30 December 2008, it was announced that Stoddart had been appointed Her Majesty's Sculptor in Ordinary in Scotland.

The Colloquium very much appreciates Sandy taking time out of his very busy schedule to share his views and experience with us on this important matter. 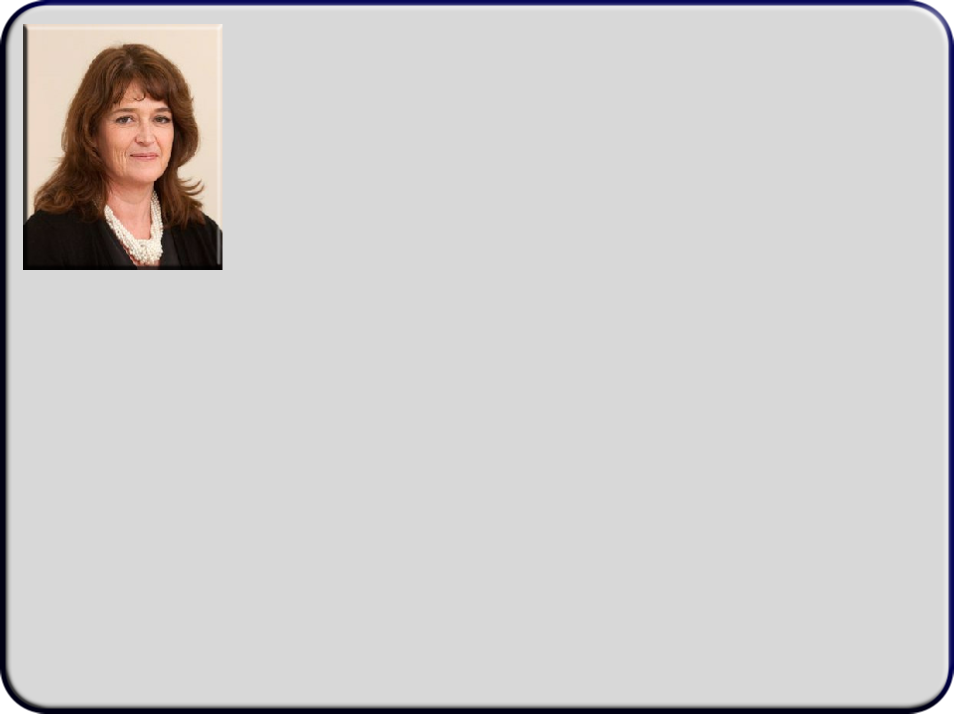 Joan leads on all aspects of Creative Learning, one of Creative Scotland’s 4 connector themes. This includes responsibility for overseeing national projects and strategic initiatives such as the Creative Learning Plan, the Youth Music Initiative, ArtWorks Scotland, CashBack for Creativity and “Time to Shine”, Scotland’s Youth Arts Strategy.

Our Creative learning work spans the arts, screen and creative industries and is conducted in partnership with national education and young people’s agencies and a range of areas of Government including Education, Culture, Justice and Children and Young People. The work aims to encourage organisations, including Creative Scotland to be responsive, adaptive and continually learn as well as increase the quantity and quality of creative learning opportunities for everyone.

Before joining Creative Scotland, Joan was Head of Education at the Scottish Arts Council for 6 years where she was responsible for the corporate objective of “placing the arts and creativity at the heart of learning”. Previous posts have included education posts at the Scottish Arts Council, the National Galleries of Scotland, Historic Scotland and Falkirk Council as well as posts in West Africa, India and the Middle East.

She is a graduate of Edinburgh University where she studied History and History of Art and Dundee University where she gained a Post Graduate Diploma in Education. She is a Fellow of the Royal Society of the Arts and the Royal Geographical Society. She has served on numerous boards and committees concerned with the arts, learning and young people including Young Scot, the Duke of Edinburgh’s Award, and the Royal Society of Edinburgh’s Young People Committee. She is passionate about the value of the arts and creativity as part of fulfilled, healthier, happier individuals and communities.

The Colloquium very much appreciates Joan taking time out of her very busy schedule to share her views and experience with us on this important matter. 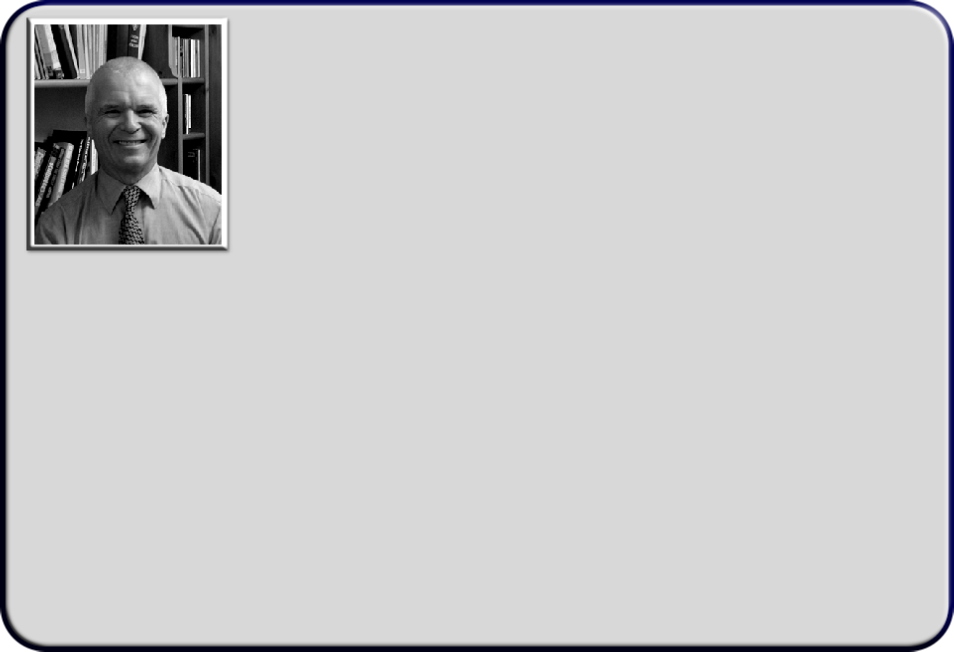 The Speaker for Thurday 4th December 2014

Alex Woods career in education began in 1973 and spanned almost 40 full-time years. He retired in 2011 from his post as Head Teacher at Wester Hailes Education Centre but remains involved in the world of schools and learning. He is Secretary of the Scottish Educational Leadership, Management and Administration Society. As an associate of the Scottish Centre for Studies in School Administration he coordinates and organises staff development opportunities for teachers.With an active background in politics, He was twice a parliamentary candidate and was an elected member of Edinburgh District Council from 1980 to 1987, leading the opposition there

from 1982 until 1984 and chairing the Policy and Resources Committee from 1984 to 1986. To this day he remains committed to an agenda of social and economic equality.

Alex has been an active genealogical researcher for over twenty years. For the last thirteen years he has had the pleasure of teaching genealogy and family history to a series of highly successful adult classes at Wester Hailes in Edinburgh. He holds the University of Strathclyde’s post-graduate Certificate in Genealogical, Palaeographic and Heraldic Studies.  Alex continues to teach both day and evening genealogy classes at beginner and intermediate level at Wester Hailes. If you would like more info on courses or are interested in his carrying out research on your behalf, please visit his genealogy page or get in touch. www.alexwood.org.uk

Linlithgow, has been his family home for many years and he helps organise its annual Book Festival. As well as education, Scottish culture, politics and genealogy, Alex enjoys anything to do with horses (from riding them to watching them race) and he retains a partisan interest in Brechin City FC.

The Colloquium very much appreciates Alex taking time out of his very busy schedule to share his views and experience with us on this important matter. 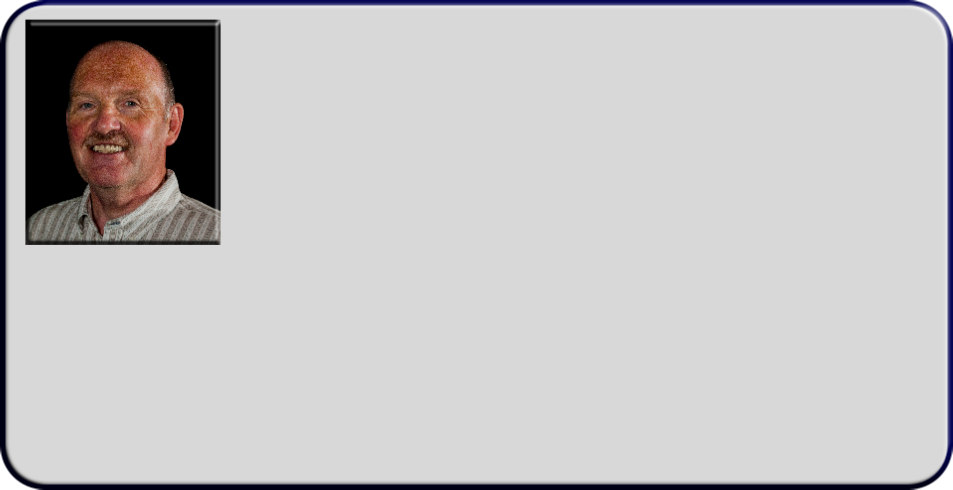 The Speaker for Thursday 5th February 2015

rhetoric overload – I feel the need for a BabelFish!

John Cassidy qualified as a secondary school teacher of science and mathematics in 1971. In 1995, with the reorganisation of local government, John moved to South Lanarkshire to eventually become an assistant Director of Education. In this senior post he had responsibility, as head of two large learning communities, for the overall management and performance of over 35 secondary,

primary and nursery establishments. John has maintained his Ph.D interest in evaluation particularly of broad aim social action programmes. John retired in 2008 and has been an active volunteer in supporting a range of local and national charities focusing on improving the health and wellbeing of people in areas experiencing severe social and economic difficulties.

EC Meeting on 5th February -  Slides used by John Cassidy to support his presentation on Community-led Approaches to Health and Wellbeing Improvement. Please find Slides Here this will download as a PPS 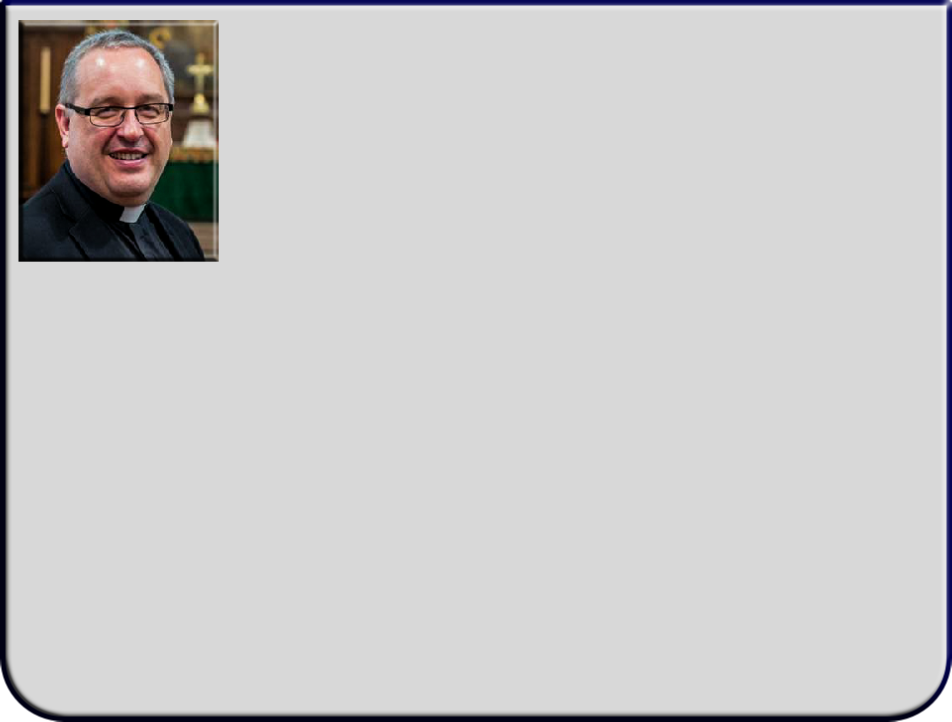 The Speaker for Thursday 5th March 2015

Topic: “Engagement in a Christian Society”.

The Rev Holdsworth stood for the Bridge of Allan ward of Stirling Council in May 2003. He also stood for the Westminster Parliament in the constituency of Stirling at the 2005 General Election as the Liberal Democrat candidate coming third behind the Labour and Conservative Party candidates.

He was listed at number 91 of the most influential LGBT people in the UK in 2012. The Independent on Sunday included him in their Pink List – their annual celebration of movers and shakers in the UK who come from the LGBT communities. He is one of the more outspoken members of clergy who happen to be gay and he writes quite a lot about that on his blog.

He says,  “Equality is indivisible – I think that people should be treated alike whether or not they happen to be gay or happen to be straight and that has led me to be one of the campaigners to Equal Marriage in Scotland. I look forward to the day when I’ll be able to marry such couples in church”.

As well as finding him in church, you will find him in other places too. Social media seems to have been invented for Kelvin and he is active on both Facebook and Twitter.

When he’s not in church or online, he’s happiest in the theatre. Holidays quite often include a trip to London to catch up with what’s on there. A fascination with opera has led him into opera reviewing and his reviews of what’s happening on the opera stage in Scotland are regularly published by Opera Britannia.

If you want to keep up with the things that he writes on his blog, you can by going to thurible.net and subscribe if you do, you’ll never miss a post. You can also follow him through the media of Facebook and Twitter

If you are wondering what a thurible is, well it is the thing that you use to swing incense around within a church.

The Rev Holdsworth is the Provost and Rector of St Mary’s Cathedral in Glasgow – a busy church with a progressive ethos in the inner West End of the city. Glasgow is a place that he loves and has strong connections with both through family and childhood – He went to school just a few miles outside of the city. After school, which he finished back in Yorkshire where he was born, he studied Mathematics and Computing at Manchester Polytechnic before going on to study theology at the University of St Andrews and the University of Edinburgh.